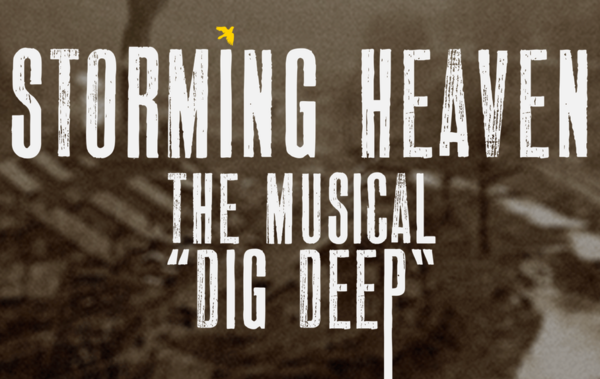 Get Tickets Now For Storming Heaven: The Musical

The West Virginia Public Theatre will host the first run of Storming Heaven: The Musical June 6th-16th and tickets are now on-sale HERE!

Tracy and Flip Anderson combined creative forces to write all the music for the show, which is based off Denise Giardina’s 1988 novel.

“Our story is about coal mining in Appalachia at the beginning of the 20th century and the struggles of the coal miners and their families. It centers on Carrie Bishop, the coal mine nurse, and a love triangle between her and her husband the mine preacher, and a Union organizer. During our story, Carrie discovers how to claim her power as a woman in a world and time when women, like minorities and immigrants, were second-class citizens and were told what to do and how to behave. It is set against the backdrop of the 1920’s Coal Wars of West Virginia where the disenfranchised workers – upon whose backs American industry and this country were built – struggle to fight for their basic human rights by unionizing. It culminates in the Battle of Blair Mountain between striking miners and mine owners, when President Warren G. Harding sent the National Guard to kill the Union’s efforts. It was the largest civil insurrection since the Civil War, and that lost battle successfully stopped United Mine Workers from fully forming for another three decades.”